Home Archives Profile Subscribe
Treatment Plan: Get You an Aesthetic, Girl
Being Out With Lanterns: Part One 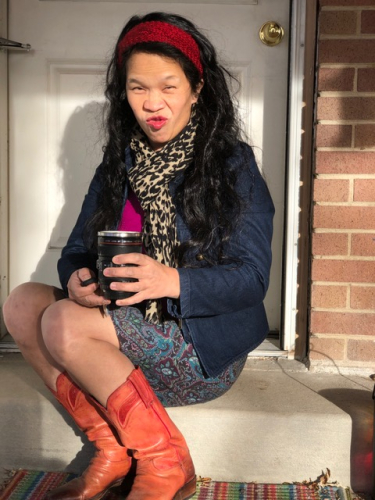 I love that Lily gave me permission to use this amazing photo! Doesn't she just say without words what we're all dealing with right now? Feel free to email me a photo of yourself expressing your own frustrations and funkiness and fun. Jpeg attached to an email is the best way to share.

We writerly artists are, at our best, an authentic group, and to me that means taking the risk to do what I learned a few years ago from gifted editor Kathleen Kerr (Harvest House). I invited her to teach at the Writing Through the Ages conference for children's and youth authors, and when she arrived at Glen Eyrie, she threw her arms around me and squealed, "I am so geeked out about this!" 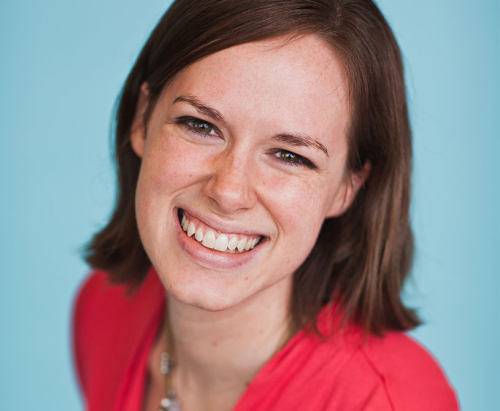 I admit that until then I'd always thought of "geeks" in connection with computers - guys (okay, and gals) rattling off obscure facts about megabytes and broadband width that left my eyes glazed over. When in technological need, I had no problem calling on the so-named Squad, but I sure didn't want to be a member.

Enter Kathleen with her marvelous enthusiasm and knowledge and deep focus on finding the best writers in the business for kids in a challenging market. She spread all of that and more over the four days we all played together, always being true to the geek she is.

After that, I wanted to be one too -- a geek, that is. But it isn't as easy as it seems. To be a true geek, several things are necessary:

* You have to stop caring about what other people think of you.

* You have to cease only doing what's expected of you.

* You have to own your geek-self and live it.

One of the trends when I was in college in the 1970's were the Jesus Freaks, people who completely turned themselves over to living as our Lord did on earth. Some of what they adopted were the trappings -- beards (just the guys!), robes, sandals, crosses on leather cords, Volkswagen vans painted with all manner of Christian symbolism. But the genuine among them were immersed in the life, the way, the truth.  We called them freaks, and they willingly owned that.

I'm not suggesting we revive that lifestyle as it was then. I am saying that, like Kathleen, we would do well to at least internally geek out for God, so that we can also embrace our OTHER geeky-selves.

* Our Pam is an unabashed geek for all things fairy. She sees evidence of fairies in nature, looks for it, in fact. According to her, this is a dragon emerging, and I have to say I do see it. Pam is active in Realm Makers and misses no opportunity to don fairy garb and eat with her hands. I have experienced the latter with her, and I have to say it puts dining in a whole different light.

* Kate B. has no problem with expressing her great geek self in the way she dresses. 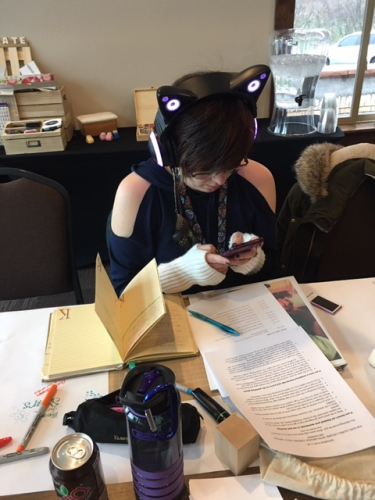 And that is reflected in the imaginative creativity of her writing.

We don't have to be Lady Gaga to be geeks, though I do love me some Gaga (her performance at the Inauguration was absolutely stellar)

And that's the thing, that inspiring part. Just in case you're thinking that this is all a little silly and self-serving, we do stir up enthusiasm in other people about their own passions when we are unashamedly committed to our own. I am continually energized by my deeply geeky ten year old granddaughter who immerses herself in all things Anime.   Am I going to put on a wig and paint freckles on my face and act like a character out of My Hero Academia? 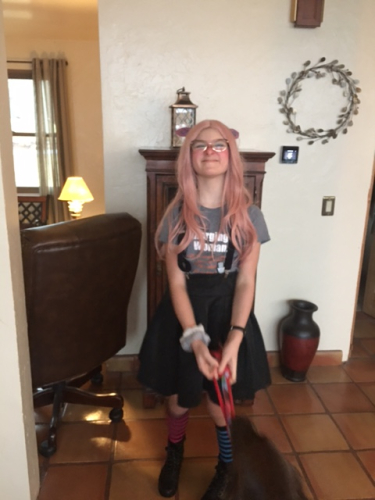 Uh, no, but when she leaves here every week, I want to fully embrace what fascinates me.

Maybe we should all do the same.

I confess, though, that this isn't a pattern with me. Yet. I blame that on so many years writing within the parameters of the CBA -- of working within the confines of public school teaching -- of putting my energy into mentoring writers without unduly influencing them in ways that would interfere with their authenticity. None of that is "bad." It has made me a responsible, successful person.

It just hasn't always made me a free one. A whole one. A completely expressive one. But I'm also experiencing a certain hitch in my writing that I haven't in the past, and I'm coming to realize that perhaps I'm not enough of a geek these days. I actually was one about tween girls and doing research and going after bullying and encouraging authenticity. It could be time to go deeper into geekdom and revive the creativity and imagination in my soul.

Wanna do this with me? Want to uncover what geeks you out and makes you want to do the things, write the stuff, push the limits, explore fresh territory?

So, the Treatment Plan I'm giving myself which you may want to try.

* Brainstorm all the things that make you want to get up in the morning. (It doesn't have to be at the crack of dawn!)

* Then add the items you want to tell your besties about, maybe in your brand of a squeal

* Tell us. That's the first step in ceasing to worry about what anybody else thinks.

My brainstorm lists revealed that I am a total Anglophile. That I count the days until the newest issue of Bella Grace magazine comes out. That I'm passionate about the ethical principles of yoga and how they parallel the teachings of our Lord. That I want to learn about my roots, maybe even doing one of those DNA tests and reconnecting with a cousin (I'd better do it soon; he's in his 80's ...) who studied our family genealogy some years ago.

Interesting ... I now know exactly what to do with the last section of my novel.

So, my insanely interesting writerly women -- geek out!!!

That is an amazing definition, Andrea! Hmm -- details --- yes. As for another Zoom, I'll see if we're all up for it.

One of the things I love about you, Pammy, is that when you do forget to think about everyone else's opinion, you are so delightfully authentic it makes me just grin.

Have you guys ever been to a Comic Con or a Trek convention? All stereotypes are true. And it is so much fun, dare I say even liberating.

"Geeks are people who love something so much that all details matter." - CEO of Yahoo

Geek out!! Is it almost time for another Zoom?

Bahahahaha!! Eating with our hands!!!! That dwarf feast was SO much fun!

What I have to work on more is not caring what other people think. I'm better than I used to be with that, but there are times ... although not enough times to keep me from having blue/green hair. Heh.

OMG! I loved this so much and needed it so, so bad. I long to feel free, not just know it my head that I am. And geek out? Yes. I want that too. I want to do the exercises Nancy suggested, but I already know that I geek out on Bible word studies. I didn’t know this until I started listening to Bible Project podcasts. Anyway, I shall return (for realsies) after I think through this stuff. And yes, I geek out on an awesome tween books. If you haven’t already, you must read some of Mrs. Nancy’s tween novels. SOOOO great. I shall return!