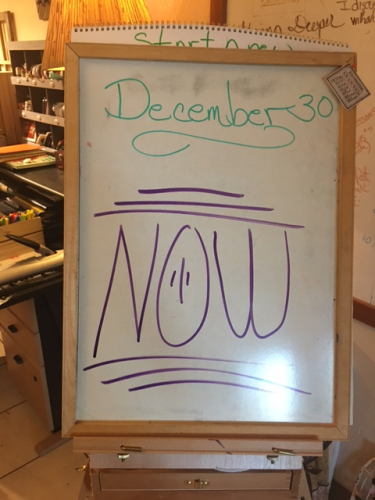 Hey, Writerly Women. I think I would be in false-perky, head-in-the-sand mode if I didn't refer to last week's disturbing events at the Capitol and their reverberations around the world. Not to worry. I'm not opening the door to a political discussion here. I actually only want to make one statement which I think applies to us as remarkable writers:

Words were the catalyst for that attack.

Whether they've been words that give us real information and hope and positive direction or words that have added fuel to the dangerously irresponsible attitudes and mistaken beliefs ..

Not all, of course. Everybody and her mother has tweeted and Facebooked and TikToked and YouTubed. Many of those posted words have simply reiterated and faded. In my view, the ones that have truly created a vibration have been fresh ones. Intelligently chosen ones. Precise ones.

The statement made by former Vice President Al Gore is a fine example: "Today Americans looked into the abyss created by Donald Trump, and my fervent hope is that even his enablers will now finally draw back in horror."

That gives us a visual -- and a vivid one. We can see ourselves in that picture, and with that seeing comes feeling and, hopefully, a solid urge to act from the truth. That is word-use at its most powerful. It lands.

I am not suggesting that we all try to make image-filled statements about the disturbing events we're seeing. Our written responses have to come from a deep compulsion to speak truth, or they are better left unsaid. What I AM saying is that when we do find ourselves unable to hold back, when we do see a viable opportunity to make a statement that may actually enlighten, we must make sure our words will land.

I'm not usually vocal about my political beliefs. My energies are most often directed elsewhere. But when the very fabric of my country is torn, my hands reach for my keyboard. But only if I think my words will find a place where they will matter. And then only if I can shape those words into a form that will be remembered for as long as it needs to be.

That chance came just a few hours ago. A friend I've known for a long time sent an email to a group of mutual friends urging us to visit sites that are protesting the fact that Twitter and other social media venues are blocking certain people from their sites, saying that such actions are a violation of Free Speech. I thought about it carefully before I responded, because this person's friendship is important to me. But the truth is MORE important, and I know that in the past she has at least listened to me when our opinions differed. So I wrote --

There is freedom in limitation. Otherwise, chaos would reign, just as it did on Capitol Hill. Free speech has its limits, lines that can't be crossed. We seldom see those lines because the space we are allowed in which to express ourselves is so vast. But when social media is used to make threats and incite violence, that is a dangerous step over the line. That is when those limits have to be imposed, or we will all be trampled.

Not a masterpiece to rival the Gettysburg Address, but I can see it and it makes very clear sense to me. I hope it lands with her.

Do with this what you will, beloved women. I'm purposely not inviting you to share what you do write because, again, this is not the forum for political discussion. That would be like opening a discussion about fashion on a sports blog. My example is offered only as a writing sample.

I hope your words, if you write them, land well.

Lily, you have no idea how YOUR words have helped me just now. You've helped me resolve an inner struggle even as I'm sitting here re-reading what you've written, and I'm grateful to you.

I love that way of looking at it, Colleen. It's a wonderful frame of reference. Thank you.

Nancy, I agree, you can't judge the wisdom of your words just on the reaction you receive from. Even if you prayerfully and thoughtfully determine what to say and work on delivering it kindly and well, the individual(s) on the receiving end may not be listen or hear the words. And that is no failure on your part.

I so agree about the power of our words. And that it is not only important that they land, but where. Even though I don’t live permanently in the USA, my heart is always pulled that direction. I have to be careful with my words here in Chile regarding these issues. Only one “slant” of the media has inroads here, so if you think it’s hard to get the truth there....ay, ay, ay, mamacita!
I often go back to what struck me in the Gladiator. This isn’t a direct quote, but the idea is that what we do here and now should echo in eternity. I tend to consider that with my words also. The Bible talks about being slow to speak. Am I good at that? Mmmm. Sometimes. But I see it’s value. And if I want my words to echo/ring in eternity, I really have to measure them. Not easy. I’m human. I blow it. I say too much or not enough...I think your words were and are well-measured and weighed, Nancy. It’s one of the many things I appreciate about you. ❤️

It doesn't seem that words are failing you at all, Jennifer. Meaningful conversation is every bit as important, if not more so, than eloquent rhetoric. Thank you for that. We have been missing you here -- it's good to hear from you.

You become wiser all the time, Pammy.

Thank you, Lily. I'm finding that I can't gauge the wisdom of my words by the results I receive from them. That's a toughie in this society, yes? And may I just say that your words are wise as well, my friend.

Thank you, Nancy. I've been thinking a lot about the impact of our words, especially in a forum where it is so easy to throw words around so quickly without really understanding what we're saying. It's easy to agree with someone or brush them off at a glance of a few words. But what we really need is meaningful conversations, more complex ideas. I'm afraid my words are failing me right now. But I hope we are able to write our words so that they land well just as you have shown us above.

Well drawn, appropriate boundaries are always good. They are healthy. They keep us safe and in control.

I'm praying for our country, our leaders, the world, my friends ... and when I think about it, my enemies. That's what I can handle right now. I know the world's problems will upset my life at some point, but right now I'm working to get back to my writing.

That said, I will add to my prayers about my writing - what should I be writing? Focused on? Yeah, things are serious right now - dang serious - and I want to point people to Christ. To be able to help them know they can cling to Him. That this world is not all there is. But I also believe people need to be able to rest and reset themselves. Scripture is best for that, but there are some fiction books out there that I often turn to in all kinds of circumstances. The most important one to me is Hinds' Feet on High Places by Hannah Hurnard. Of course, a person needs to enjoy allegory for that. haha! But it never fails to touch my heart and turn me to Christ. And I confess, sometimes more than Scripture.

So, I'll be praying any words I write from now on will LAND.

Well said. Well spoken, Nancy. Eloquent, with wisdom, and to the point.