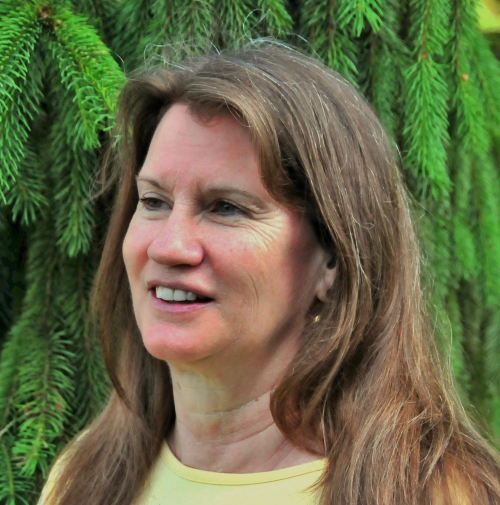 ,Hey, Writerly Women. If this looks like someone you'd find insanely interesting, you'd be right. Meet Joyce Hollyday, former editor of  Sojourners, author of a number of powerful works of non-fiction, genuine activist in the most meaningful sense of the word and, most recently, the creator of a wonderful historical novel Pillar of Fire, based on the medieval mystics known as the Beguines.

I'll tell you why I bring her to you as one of us.

I met Joyce when I was a student at the Academy for Spiritual Formation. She was one of our presenters, and I spent five days studying under her, sharing some meals, becoming acquainted as spiritual women. I fell in love with her authenticity. After serving as a pastor on death row, working as an advocate for survivors of domestic violence and as an ally for immigrant women, there was no call for pulling punches. Having traveled extensively to cover faith-based efforts for justice and peace in the U.S., Nicaragua and apartheid-era South Africa, she was very much at home with herself and with what is real. Basically, you don't spend nights in jail with prostitutes and fellow protestors without becoming strong enough to use your voice without fear of what people will think.

But it was with vulnerability that Joyce came to me and asked me to walk her through writing a draft of her first novel. She'd collaborated on and solo-written successful non-fiction books -- including Then Shall Your Light Rise, Clothed With the Sun and On the Heels of Freedom -- but true to her nature she had no problem saying she wasn't sure what she was doing when it came to fiction. The story had been stirring in her soul for some time (sound familiar?). She couldn't not write it (sound even more familiar?). But she wasn't entirely sure how to go about it (sound most familiar of all?) That courage so characteristic of this woman kicked in, though, and she was willing to go for it.

With no promise of representation or publication.

No guarantee that it would ever go anywhere.

No assurance that she might spend her time on more of a sure thing.

Do I need to mention that she was right where you are? Where we all are?

We worked together through the drafts, and I became attached to Clarissa and the other characters -- and found myself crying, becoming righteously angry, realizing the story was changing me.  This novel was a slam dunk in my opinion.

Too bad my opinion couldn't get her an agent or a publisher. You would think that having that strong platform everybody wants and an impressive list of publishing credits already she'd be a literary dream for someone. But rejections piled up. One possibility looked really promising, and then fell through because "nobody's reading epics right now." (That's the gist of it, anyway -- that isn't an exact quote). I didn't hear from Joyce for a while, and I was afraid she'd given up.

She hadn't. She did other things in the interim -- you know, got married, moved into a genuinely spiritual community with like-minded people in Vermont, continued to lead retreats. If the time wasn't right for this novel, so be it.

And then suddenly, she was emailing me asking me for an endorsement because Pillar of Fire was being published -- eight years after she said to me, "I'm trying to write a novel." 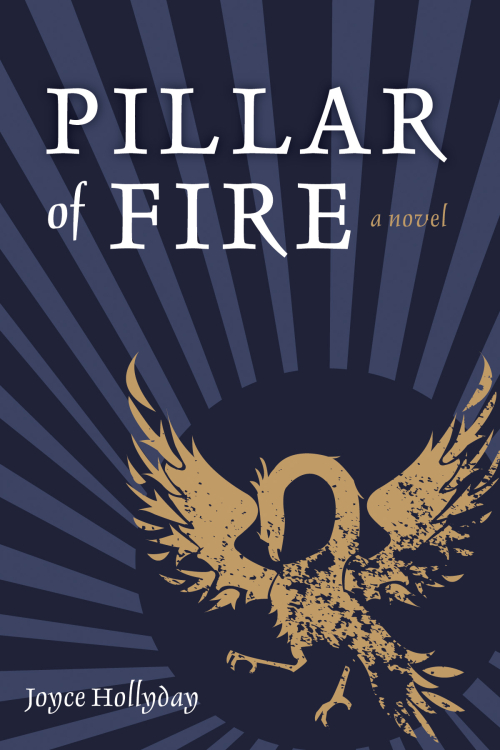 For one thing, though discouraged Joyce didn't question herself as a writer. The market wasn't biting, but that didn't mean what she was offering was, well, crap. She knew that.

She was willing to bide her time. To abide doesn't mean to sit around gnawing at our nails and bewailing the cluelessness of the publishing world. Joyce continued to move forward with what she believed in. Her book was one part of that, but everything didn't hinge on it, least of all her view of own self worth.

And she remained connected. This publication offer didn't appear in her inbox. It came through talking with people, showing up where those who believe in working for the same things she does hang out.

We can all do that.

*  Rather than questioning and doubting ourselves as writers, we can continue to align ourselves with the whole truth of what we're writing about. Remember that exercise we did this fall in which we listed what we know to be true? Maybe it's time for each of us to revisit those lists.

* While we're writing and/or sending out submissions, we can keep living full, creative lives. We've spent a great deal of time discussing and naming our Dream and Soul Space. Are we actually taking that space?

* Instead of becoming increasingly discouraged about the state of the market, we can show up where those who might help us hang out. Does an author you respect and admire have an interactive blog or on-line classes?  SKELI recommends a cool course on Creativelive.com called "The Power of Habits" by "a guy who actually studies" things like getting a practical handle on changing habits. As Jennifer G. said during our Zoom session, we can gather more writing tools in our kit. There is also our own BookShelf which I'm going to add to later this week. Once you've read a book or listened to a podcast that changes things for you, don't hesitate to contact the author/speaker with praise. That won't directly get your foot in the publishing door, but the more your name comes up, the chances of an editor or agent thinking, "I've heard of this person" rise. That's how successful Christian fantasy writer Mary Christine Weber made her presence felt before she was published. 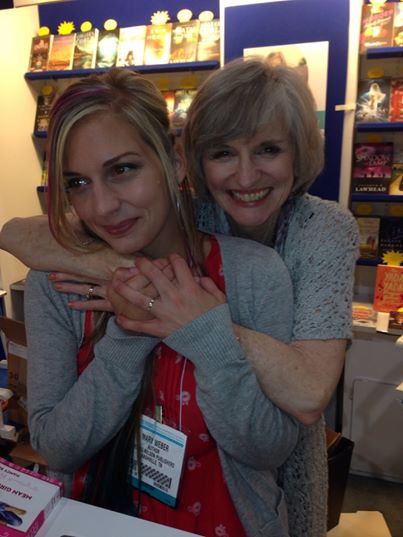 Right now we're looking at the patterns that keep us from doing the above. Getting to the roots. Doing the opposite. Discovering new, positive patterns. Let's allow insanely interesting women like Joyce Hollyday and M. Christine Weber and each other to inspire us in that direction.

For more about Joyce, check out her website, www.joycehollyday.com

It truly is, Pam. I'd like to add that it's good to have your theme in your mind -- such as grieving - because then it will become inherent in your story -- which is not the same as writing with an agenda. There's a subtle difference.

This is RIGHT ON, Natasha, particularly from you, a part of the generation that has been told that if you're not a millionaire by the time you're 30 you might as well hang it up. You have SO much time -- more than you know.

Well, fancy. Sojourners was one of the few 'zines that I admired for its content when I was working at the academic library. Well done Joyce. Would love to hear more of your life stories. Colleen: a secret pet rat? How cool is that?! -Skei

Pam, I just read The Rough Patch. Or rather, listened to it. I checked it out of the digital library, and it only came in audio. Beautiful little book. Thank you. For sure I wouldn’t make it the goal to write directly about grief. Plus, mine would be a chapter book aimed at 9-12-year-olds. (And their parents, I hope!) Anyway, if I don’t write the rough draft, I will never get to the fun rewrites!

Colleen - your experience could make a wonderful children's book on grieving. But I wouldn't write it with that goal in mind or you'll lose the magic. If you want to know what I mean, you need to get The Rough Patch by Brian Lies. One of the most beautiful children's books I've ever read.

My first novel came out 2 years ago. I worked on that thing for over 12 years. After a horrible experience with a publishing house editor, Nancy wouldn't let me give up, and I'm so thankful! And what I learned is it's all about God's timing, which we don't typically like. haha! But it's important to remember.

My favorite part of writing is getting that new idea, writing the beginning, dreaming about the middle and ending, doing research, and writing that first paragraph. After that, it's HARD WORK! hahaha! That's when most people give up. They don't know you can have the whole dang story in your head, but getting it out on paper is truly hard work. But it's worth it.

This was such an encouraging read. Not to mention that picture you painted in the comments, Colleen- absolutely gorgeous. Nancy, I love the reminder that writers are in it for the long haul. I remember my mom telling my ELA teacher that I wanted to be published before I was 14 (I was 13 at the time), and her laughing. Not at me, I think, but in surprise at my determination. I look back and laugh too, but it helps me to remember that this is a thing that's always been a part of my life. And as long as I'm around, it will be too! I'm not running any races. So always encouraging to hear about someone who is not an overnight-sensation, but someone who got where she was going after some time went ticking by. Thank you for sharing, Nancy- sending love <3

OH, Colleen, that DEFINITELY sounds like a story you should write. And nobody can do it like you can. GO, girl!

I loved this post so much. Thank you for sharing. So I have to say that right now I’m not focusing on the market. I’m not even questioning whether or not I’m a writer. What I am doing is listening for that voice that will clarify what the story of my heart is. To me, it’s my nine-year-old self living in a beach town where we moved after my daddy left my mama for another woman. Nobody let me grieve, and yet...those were the best days of my childhood. It’s where I learned to suck the nectar out of honeysuckle, discovered eating butter and sugar on dollar-sized pancakes at my best friend’s house (where I had a black and white rat as a secret pet), and believed with all my heart I could heal a duckling’s broken neck. What I didn’t know then and do now is that God was there with me every single, painful minute. How I wish someone would have shown me that then. Anyway...have I told y’all lately how much I love this thing we have? Hugs!