Home Archives Profile Subscribe
Time to Register!
The Butt of a Writer 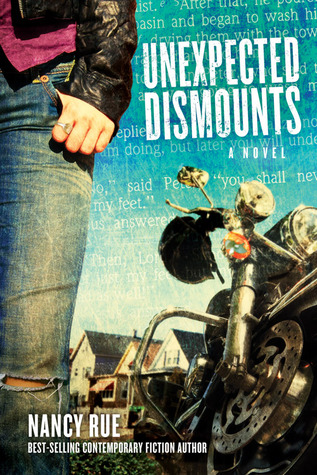 I once wrote a book called Unexpected Dismounts, the title of which came from a motorcycle class I was in (a class I didn't finish!). The instructor said we should always wear helmets and protective clothing in case of unexpected dismounts. Meaning, when you dump the thing without planning to -- which I did twice in the first half hour -- which explains why I counseled myself out. I was a danger to myself and others.

In the case of motorcycle riding, such a departure is never a good thing. But in writing, I think it absolutely can be. SKELI is a case in point, and if you haven't read her comments on the last post, you really should, by all means. I can't do her wording justice (the woman writes like she's spreading butter on hot toast; it's amazing), but she talks about being on a walk or a ride and seeing one of her characters out and about, doing something unplanned for (and usually on a horse ...) Back to the manuscript she goes to capture that.

If you haven't had the experience of a character suddenly darting away from you to do his or her own thing, you will if you keep writing long enough. And if you allow it to happen.

Even I, the ultimate planner, have learned to go with it when a protagonist does something I sure didn't tell her to do, or a new character appears and says, "I need to be in this story."

The first time it happened to me, I was writing the first book in the Christian Heritage Series, which is historical fiction for middle grade readers. 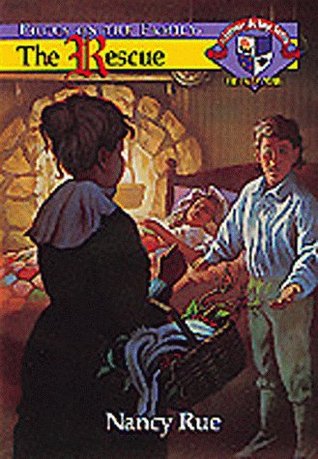 This was early on in my career, and I was happily writing away, following my meticulous outline, when suddenly an Indian squaw (forgive my political incorrectness) showed up on my computer screen. Josiah, my main character, didn't know who she was, and frankly neither did I. I sat back in my chair and said, out loud, "Well, hello, you. Where did you come from?" She didn't answer. She just did what she was going to do in the story without saying a word. Actually she never utter a syllable; she didn't speak English. But her presence enriched the story beyond what I had imagined of. And, to echo Han Solo, I had imagined quite a bit.

After that, when somebody walked onto the page or did something "out of character" and it worked, I knew (a) to see where he or she led me and (b) that the magic was happening. You know, that indefinable thing that whispers into your story and makes it real.

I'm not saying we should sit around waiting for such people to appear. Nor, I think, is it a good idea to write reams of a character flailing around with no clear direction. We really do have to give these people a firm start -- in my experience. They'll find their freedom in the wise limitations you set.

But when it happens -- and, again, it will -- why not go exploring? Why not observe and ask questions and indulge your curiosity? Why not trust in the mystery of being a creative person?

If you'd like to join the conversation -- and please do -- I LOVE your comments and the way you interact with each other -- will you tell us about a time when the magic of independent characters happened for you? I'll go first ...

Just this week as I've been pouring myself into my current work in progress, a judge, who is a very minor character I hadn't fleshed out at all, glared at me from the bench and said, Will you please let me say my piece? I am, after all, the freakin' JUDGE! I swallowed and said meekly, "Of course, your honor." What he had to say fixed a plot problem I'd been snagged on ever since I started this project. Oh, and I also discovered he has a ponytail. Who knew?

Can't wait to hear from you.

Uh, ya think? I do know that guy, and I would never cross him!

I once had a character claw me by the forearms (imaginatively speaking) and growl: "You aren't telling my story." I nodded sagely, licking my suddenly dry lips, and went off to correct the problem. Trust me, if you knew this guy, you'd sit up and do as you were told too! -Skeli

You absolutely have our prayers, Amanda. Let us know how it goes. Also, you have given me an idea for our next post, which I'm going to entitle: Let Them Be Stupid.

I love it when the characters know what to do, or just appear out of no where. It normally takes some fine tuning, I’ll start out with a character that seems random or unnecessary, but then find there’s a place for them that I hadn’t known I needed. Lots of times plot depth that I couldn’t have just brained stormed up comes out of this. With my main characters I almost always have to real myself in and remind myself who this person is and how they would actually react in a situation like this. I’m always tempted to write characters that react the way I would (or the way I think I should), instead of letting them have their own flaws and do or say stupid things that totally fit with their character.

Also, I would be so grateful for prayers from you all this week. I’m working on writing the last couple chapters of my work in progress (the part where I often start doubting if the whole thing isn’t rubbish), and I’m hoping and praying that it’ll all come together and not fall apart on me!