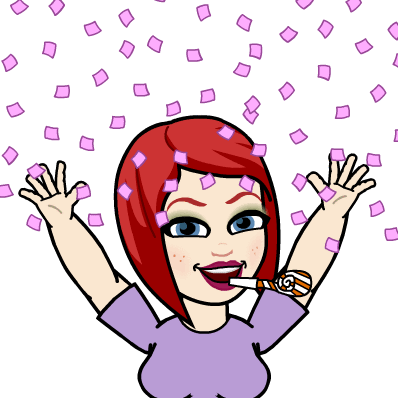 I can almost hear you saying it: "Aren't you the one who's always telling us not to get ahead of ourselves? 'Don't worry about how you're going to promote your book when you haven't even written it yet.' So - what's with this blog post?"

I'm not talking about THAT kind of release party, silly. Yeah, it's fun to dream about hosting a big soiree the day your book comes out, starring you in a character themed outfit and featuring a catered spread, all of which will be captured by the local, statewide and national media. I'm not sure anybody does that except maybe the promoters of Harry Potter. I'm not even talking about a Facebook party -- which I have never really understood; where does the food come in? -- or an intimate dinner with your thirty-five closest friends.

In fact, I'm not even referring to the release of your BOOK when (not if) the day it hits the bookstores and Amazon. Where I'm going here is -- the release, the letting go of whatever is holding you back from ever reaching that day in the first place.

You know the things. We've talked about them before, but here's a review list. Any of these make you gulp and get that hangdog look thing going on?

* Blame: your significant other's lack of support, your kids or friends interrupting, your boss stealing your creative energy, your parents not raising you the way a child of your exceptional talent should have been brought up ...

* Anger: at the publishing world for being so competitive, so picky, so unable to recognize real talent when they see it; at any of the people you're blaming, at Donald Trump for being President ... 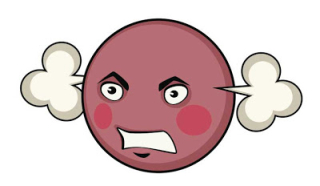 * Avoidance: of admitting that any of the above is true, of the deep hurts you know will come up as you write, of the conflicts that arise in yourself every time you even think about it

* Projection: the everybody-thinks-I'm-weird-when-I-write thinking, which is really your OWN thinking

* Denial: of your talent, of the Call, of the doubts

* The Urge to Pretend: that it doesn't matter to you as much as it does

We could all add our own items to that list of the things that keep us from FINISHING THE DADGUM PROJECT! The point is that we all have to face this truth if we ARE going to finish -- or even start well:

There really are no valid excuses. We either write ... or we don't.

Which leaves us where, exactly?

It leaves us staring at our personal Resistance Rebels and letting them go.

Not fighting them. Not shouting at them. Not engaging them in debate. Not even having an imaginary battle in which you run them through with your version of Ex Caliber.

Just letting them off scot free to take their Great Rebellion elsewhere. Just putting a stop to the struggling, the wrestling, the soul searching. Just giving them a release party and then getting on with the business at hand.

And we do this how? I promise you I'm not going to burst into a rendition of "Let It Go." I swear it. But I am going to offer a simple plan for your release party. Simple -- though not necessarily easy -- and completely doable.

Step One -- ACCEPT. Own up to the fact that your resistance is YOUR responsibility. Nobody can really keep you from writing. They even let convicted felons in prison write. And not only that -- accept that God gets it and still wants you to carry on with the gift you've been given. No matter how much you've neglected it in the past.

Step Two -- PAY ATTENTION. Before you can send the Rebels on their way, you have to know how they operate in you. To use an often-OVER-used term, be mindful of the ways they convince you to resist the pad and pen, the keyboard, the laptop. Know their game and laugh and let them go the way you would a bunch of fourth-grade boys who think they can outsmart a bunch of fourth-grade girls (Girls always being the smarter sex, yes?) Choosing the top three from the above list is a good place to start.

Step Three -- BE ENCOURAGED. I know it seems like we can get DIScouraged all by ourselves but being ENcouraged takes the input of someone else. Not so. Darlin', you know you have talent or you wouldn't even be reading this blog. You know God wants the best for you and the gifts God's woven into the very fiber of your being. You know what it feels like when the dialogue sings or the plot falls into place or the description gives you a chill up and down your arms. Sure, you can outsource encouragement, and we all need that too. But seriously, woman? Just BE ENCOURAGED by what you already know to be true. You've got this

Step Four -- FOCUS ON THE FACT THAT YOU ARE. Not that you're a writer, that you're a storyteller or a poet or a brilliant spinner of non-fiction prose -- but just that you are here, period. You are all of the youness. And as you, purely and simply being, there is no room for debilitating doubt and trumped up reasons to procrastinate and paralyzing fear that you'll just be wasting your time. You can't deny that you ARE, you can't put off BEING, your can't squander the fact of your EXISTENCE as you. Get down to your soul and feel that peace.

Step Five -- CELEBRATE. Party like it's 2019 (that doesn't work as well as the old song, "Party Like It's 1999" but you get it, right?) Have yourself an actual "I AM LETTING GO" soiree for just you and God and your gift and what you've written so far.

I actually did that when I was in Concord, Massachusetts, last month, researching and writing and rediscovering myself as a writer. I sat in the bay window of Caffe Nero in a wingback chair reminiscent of the Emerson/Thoreau era and I sipped the best soy latte on the planet and raised a toast to the printed-out, spiralbound manuscript of  Mandatory Sentence so far. 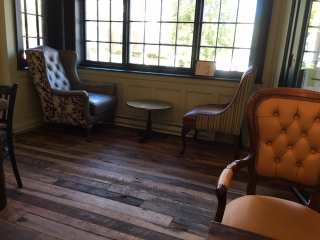 I released us from the constraints of too much other work to do, of making money just in case, of the ridiculous notion that I might be done, of the very real possibility that I won't be published again. And then I thanked God. And then I just. Was.

I'm pretending you're all my clients and I'm giving you an assignment: Identify exactly what you need to release back into the wild and give yourself a party for the sole person of opening the cages and letting them go. Include all the things a party needs -- food, drink, decorations, a theme. The only guests will be you, God and that manuscript that is begging you to give it as much attention as you've been doling out to those rebels who've never done a positive thing for you.

Then report in! Who knows? Maybe we'll have a party right here ...

If you need a little more of a boost, here's what I recommend on this week's Book Shelf: