Home Archives Profile Subscribe
NaNoWriMo YOUR Way
Getting THERE vs. Being HERE

The MO in NaNoWriMo 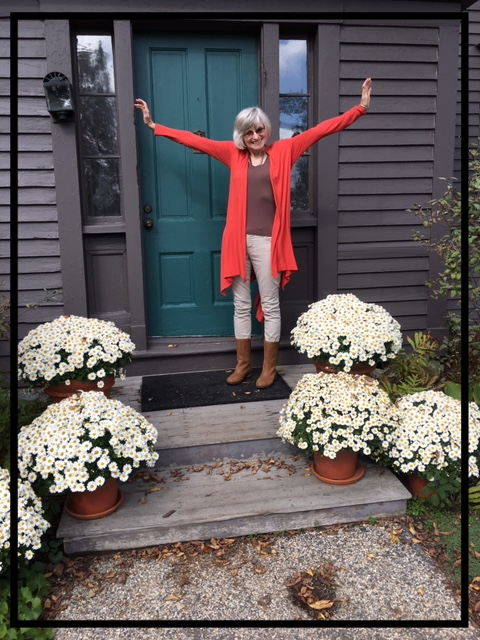 Hey Writerly Women. Okay, so I know that NaNoWriMo stands for National Novel Writing Month, and I do love that we have our own official month.  Why would we not? It is an honorable and complex thing we do, we novelists. Observing it by writing umpty-ump thousand words IN that month isn't what I'M choosing to do, but I AM observing it nonetheless by deciding that the MO stands for MOTIVATION.

So in this Month of Novel Writing, let's consider two things about the MO.

WHAT is it motivating you to do?

HEIDI is turning an old short story into a novella.

After receiving a handful of rejections from agents, LILY is going back to her novel and reworking it with the advice of an expert in her genre.

LESLIE has created a vision board and is breaking her dream writing career into objectives just as she did when she was teaching.

Me? I too have created a new vision board and I'm writing two full days a week now instead of one, as well as at least 30 minutes on the other days. So thanks, National Novel Writing Month. Good on ya. 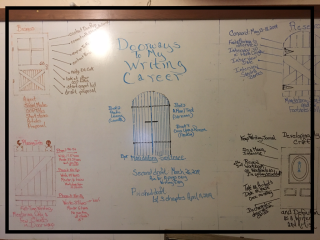 November will be over in two weeks. What will KEEP us motivated after that? That really is the difference between writers who start and writers who finish. Writers who publish and writers who don't.  One of my favorite authors, Elizabeth George, says the ones with the most "butt glue" win. Charming as that sounds, she's right. Whoever sticks to the chair, fingers on the keyboard, gets it done. And that isn't about inspiration, which initially gets you going, but motivation, which keeps you going.

And let's not even call it discipline. That sounds like schedules, which we can all easily ignore, and rewards, which are self-administered and we can give ourselves whether we do the work or not so who are kidding?

Motivation is an inside thing that sounds something like this:

* I have to write the book that shows women they need to love not from lack but from the fullness of themselves. 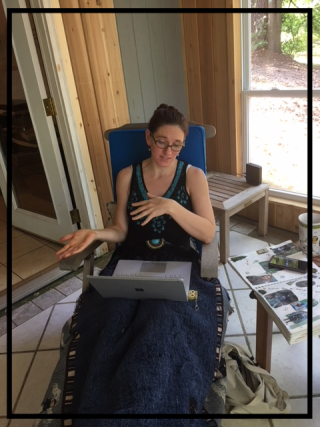 *  I can't not write a novel that demonstrates that there's more than what we see.

What's your MO? Is it deep enough for you to stay up 'til midnight writing because that's when it's quiet? Big enough to make you pass up binge watching the next season of The Crown? Loud enough to drown out Facebook and YouTube? Fine enough to be worthy of a whole year of you?

I so love this site.....so, what motivates me? I can tell you what that is, but now I question myself. If it is true, then why don't I write at midnight when it's quiet? I can avoid binge-watching The Crown, but I did binge-watch another series. Not going to say which! I have stayed off Facebook for the most part so far this month, and it is AWESOME to do that. What motivates me is that a whole generation of kids need to know Jesus and gain the courage to follow him full-out. I so bad want a bunch of 10-13 year-olds to read my stuff and learn how amazing they are and the huge potential they have. That those 5th-7th graders who everyone seems to kind of avoid because they are "difficult" are actually rock stars and just don't know it yet. I could go on, but I think you get the picture. *grin